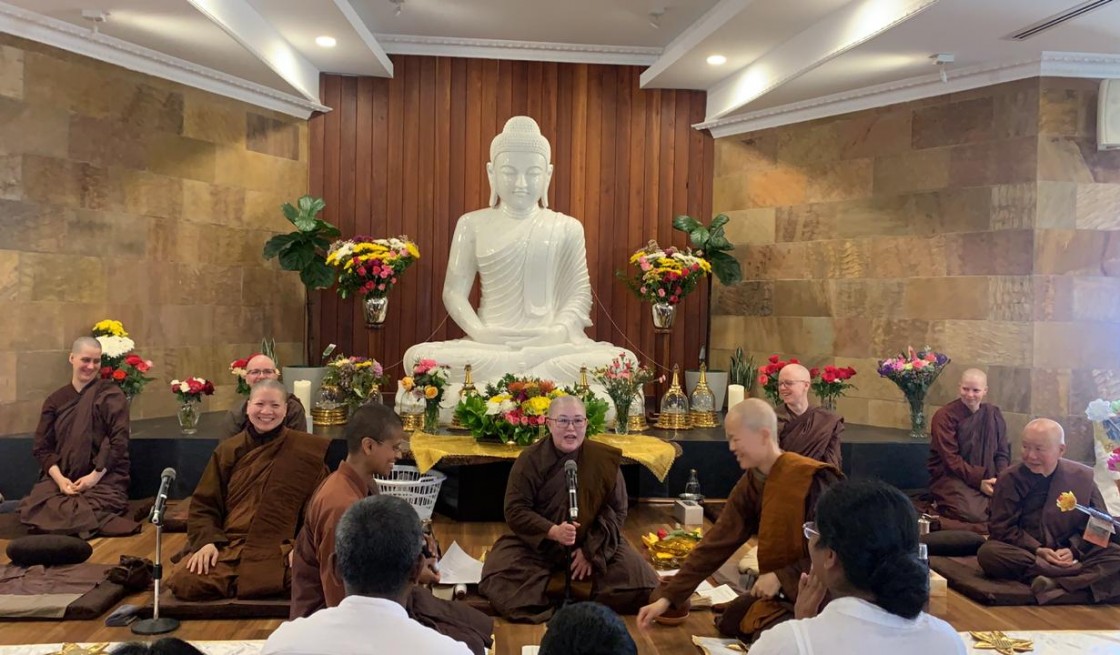 Ajahn Hasapanna was born in Ipoh, Malaysia in 1960. During her days as a lay person she and her family generously supported Ajahn Sujato when he was practicing in Ipoh. The main influence in Ajahn Hasapanna’s spiritual development is the monastic lifestyle of the forest tradition. When Ajahn Hasapanna had developed enough courage and inspiration to become a nun, Ajahn Sujato pointed her to join Dhammasara Nuns Monastery.

She joined Dhammasara in 2002, beginning her monastic training as an Anagarika (trainee nun keeping 8 precept). She then ordained as a Ten Precept Nun with Ajahn Vayama as her teacher. She subsequently ordained as a Bhikkhuni in 2009 with Ayya Tathaaloka as her preceptor in a ceremony at Bodhinyana Monastery, WA, Australia.

Currently, Ajahn Hasapanna is the Abbot of Dhammasara Nuns Monastery and the Assistant Spiritual Director of The Buddhist Society of WA (Inc). She is heavily involved in teaching and training nuns, anagarikas and lay people. She is the main teacher to 18 monastic trainees at Dhammasara.

In 2015, she successfully managed the building of Dhammasara Sala Complex, consisting of a large ordination (Sīma) Hall, Dining Hall, Kitchen, Amenities Block, Monastic Library, Accomodation Pods for Monastic and Lay women, and the Annex block. In 2017, she completed the new carpark and seal the main driveway. She was instrumental in getting the approval from City of Swan to build 4 more brick kutis, they were completed in 2020. This has enabled more women to take up monastic training at Dhammasara. 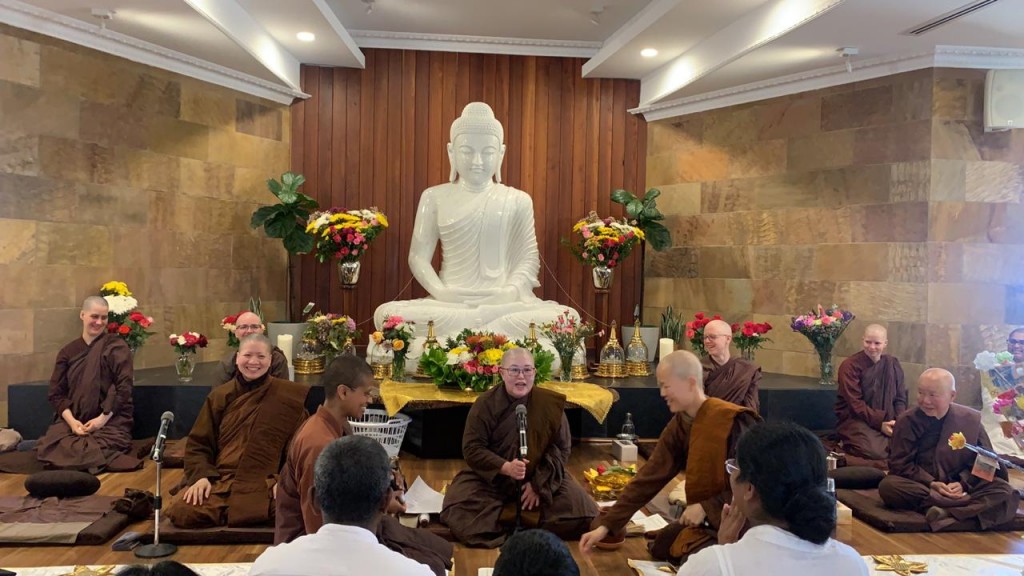