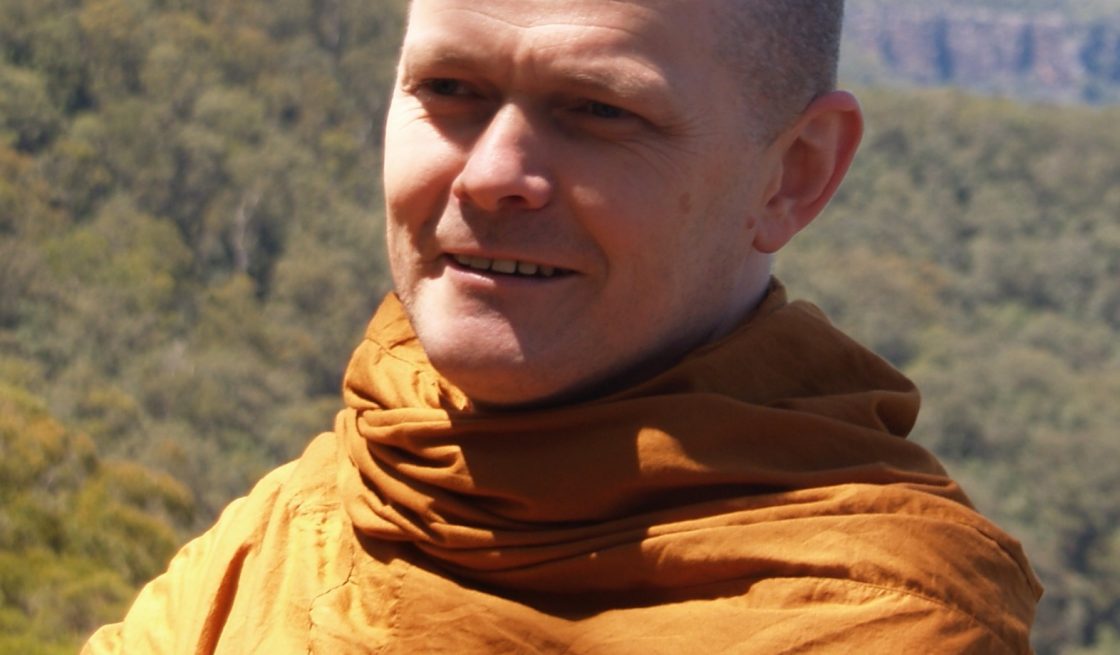 Ajahn Sujato left a career as a musician to become a Buddhist monk in 1994. He took higher ordination in Thailand and lived there in forest monasteries and remote hermitages. He spent several years at Bodhinyana Monastery in Western Australia before founding Santi Forest Monastery in New South Wales in 2003. Following Bhante Sujato’s wishes, Santi became a nun’s monastery in 2012, and he returned to live in Bodhinyana.

Ajahn Sujato has written several books including “A Swift Pair of Messengers” and “A History of Mindfulness”. In 2005, Bhante Sujato co-founded the Buddhist website SuttaCentral along with Rod Bucknell and John Kelly, to provide access to early Buddhist texts in their original language and make translations available in modern languages. After being unable to secure copyright-free digital translations of the Pali Canon for SuttaCentral, Bhante Sujato moved to the island of Chimei, off the coast of Taiwan, to undertake the task of creating English translations of the four, living there from 2015 to 2018. These translations have since been published on SuttaCentral, and as free edition books.

In 2019, Bhante Sujato moved to Sydney to establish Lokanta Vihara (the Monastery at the End of the World) with his long term student, Bhante Akaliko, to explore what it means to follow the Buddha’s teachings in an era of climate change, globalised consumerism, and political turmoil.
~ Adapted from the Wikipedia article