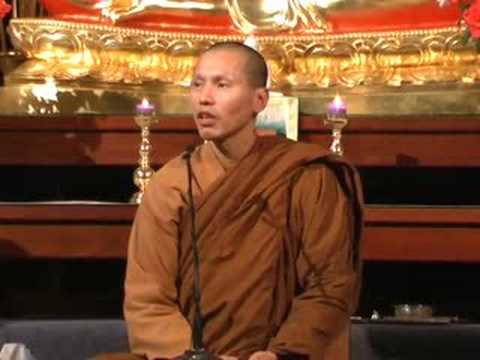 Ajahn Khemavaro was born in Vietnam in 1966.  At the age of nine he moved with his family to live in California, USA.  He obtained his BA in Philosophy at Claremont McKenna College, USA.  Except for a brief stint as a Peace Corps Volunteer in Niger, West Africa, most of his jobs have been in the banking/finance sector.

While working as a stockbroker in Bangkok he became interested in Buddhism and meditation. He began his monastic training at Wat Pah Nanachat (International Forest Monastery) Ubon Thailand in 1999, and was ordained as a Bhikkhu in Ajahn Chah’s Tradition in 2000.  Inspired by Ajahn Brahm’s light-hearted yet profound Dhamma talks, he asked to come to Perth to train at Bodhinyana Monastery, where he stayed for eight years.

Since 2005, Ajahn Khemavaro has lead retreats in Singapore, USA, Norway, and Australia.  Currently, he is the Abbot of Wat Buddha Dhamma, in the Blue Mountains of New South Wales.