Ajahn Brahm is the popular Buddhist teacher to a growing international audience of people keen to learn meditation and develop a deeper spiritual understanding. He is also the founding father of an emergent Australian forest tradition of Buddhist monasticism focused on being true to the original roots of the Buddha's Teaching of Dhamma and Vinaya. 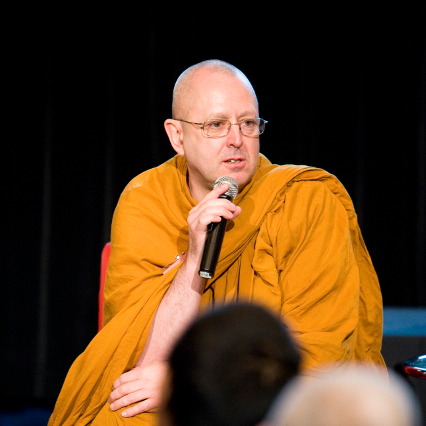 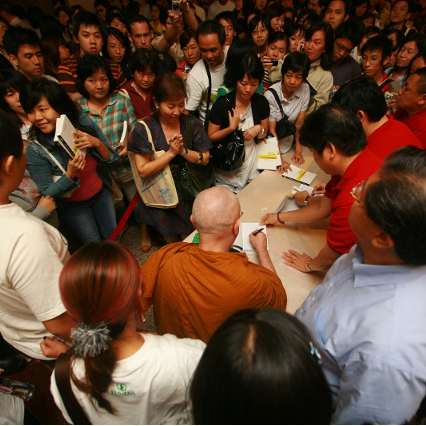 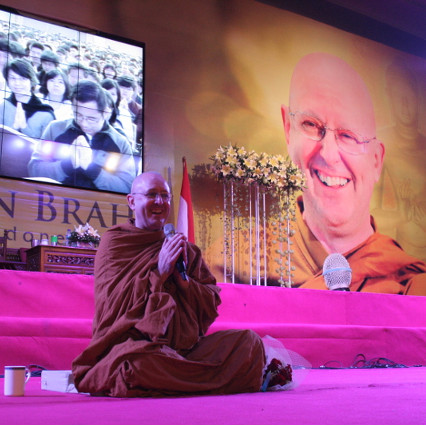 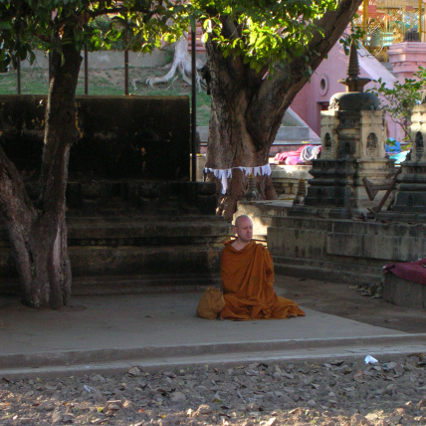 Ajahn Brahm was born in London in 1951 and earned a degree in theoretical physics from Cambridge University. He became a monk in 1974 in the Forest Tradition of north-east Thailand under the highly esteemed meditation master Ajahn Chah. Ajahn Brahm is today a revered spiritual teacher and guide, and is abbot of the largest Buddhist monastery in the Southern Hemisphere. He is the author of Opening the Door Of Your Heart (a.k.a. Who Ordered this Truckload of Dung?), Mindfulness Bliss and Beyond, The Art of Disappearing and Don’t Worry Be Grumpy (a.k.a. Good? Bad? Who knows?). His public teachings regularly attract thousands to his inventive and insightful talks, which are heard by millions of people online.

Where is Ajahn Brahm?