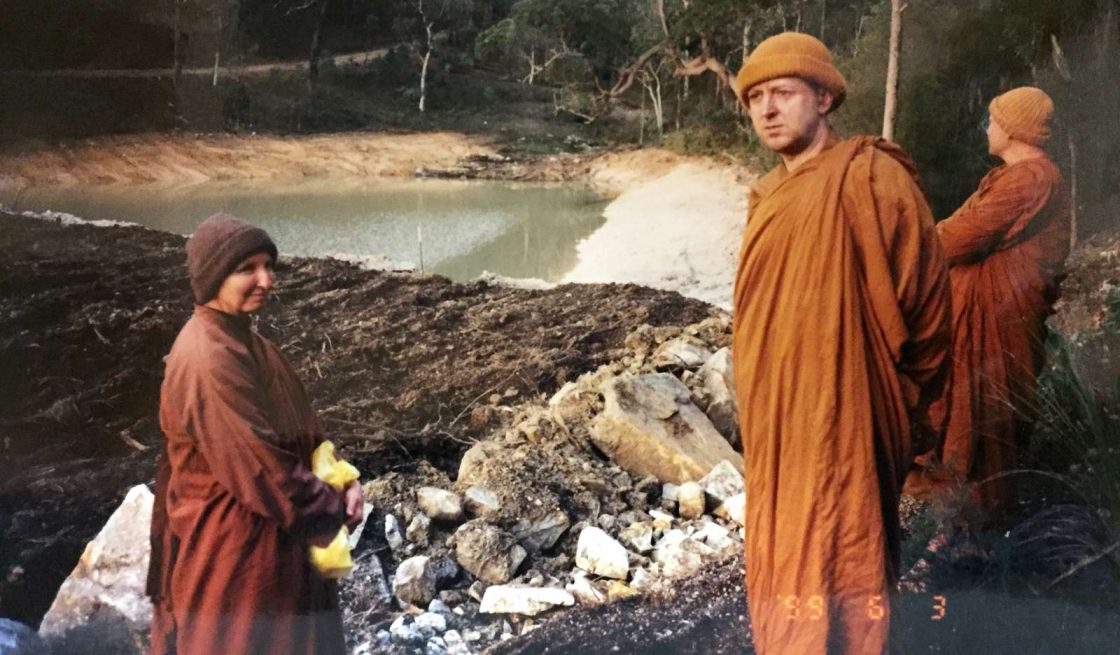 Home / our locations / about dhammasara

Dhammasara Nuns Monastery was established by the Buddhist Society of Western Australia in 1998. It is primarily a training monastery for nuns in the Forest Tradition of Theravada Buddhism. The nuns are fully ordained Bhikkhunis (equal in every respect to Bhikkhu /Monks) in the Theravada tradition. The monastery is in 583 acres of natural bushland in the hills outside Perth, just a 45 minute drive from the city centre.

Initially the accommodation was temporary, including a modest caravan and a Dhamma shed. 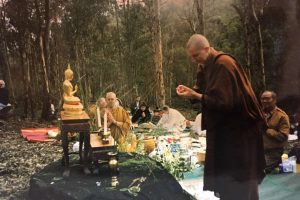 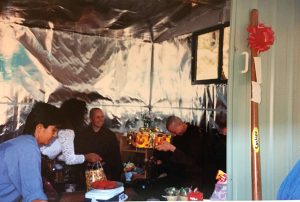 The first permanent facility, the Nun’s Cottage was completed in January 2001. This building provides accommodation, bathroom, kitchen and laundry facilities for residents. It was also the meeting place where supporters come to offer Dana (food and other requisites) and receive Dhamma teachings. Thereafter, 9 meditation huts and a separate amenities block for use by the monastics have since been built in the forest. 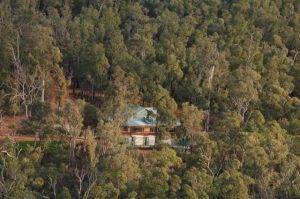 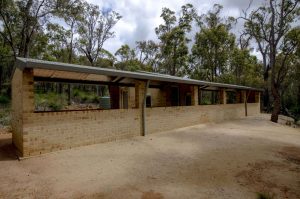 January 2016 marked the opening of the Building Complex with a new Meditation Hall, Dining Hall, Kitchen, Library, Amenities Block and additional 6 accommodation for monastics and 9 rooms for Lay Guests. 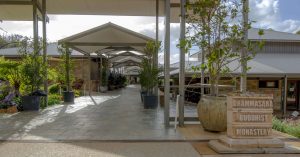 The monastic life encourages development of simplicity, renunciation and quietude. It is a deliberate commitment to this way of life that create a community environment where people of diverse backgrounds, personalities and temperaments can co-operate in the effort to practice and realise the Buddha’s path to liberation (Nibbana).

The Buddhist Society of WA already sponsored a highly esteemed forest monastery for monks, Bodhinyana Monastery, at Serpentine. The aim of Dhammasara is to give women the same opportunity to train in the Buddha’s teachings and Monastic discipline, in supportive conditions.

The purpose of the monasteries is to allow committed Buddhists to taste the monastic lifestyle firsthand, and if they wish, to be able to undertake the training all the way to become an ordained monk or nun. And thereafter to be able to live the Holy Life for its ultimate purpose, its essence, the attainment of the unshakeable deliverance of the mind; for the attainment of Nibbana.

Although Dhammasara is not a meditation centre, there are facilities for female guests to stay at the monastery and practise with the resident monastic community. All the residents or temporary lay visitors need to have some basic in meditation practice and familiarity with the Buddhist principles in order to live in the monastery. Guests are encouraged to follow the daily routines of the nuns as much as possible and join in with all communal meetings and work activities.

The founding abbot of Dhammasara is Ajahn Vayama, an Australian Bhikkhuni (fully-ordained nun). She initially ordained in Sri Lanka in 1985 and spent the first ten years of her monastic life there. She afterwards spent a year with the community of Ajahn Sumedho in England, before returning to live in Australia. In 1998, the Buddhist Society of WA invited her to take up the position of abbot of Dhammasara Nuns Monastery.

In June 2010, Ajahn Vayama retired from her role as abbot. The current Abbot is Ajahn Hasapanna.

The Sangha and the Lay Community

It is fundamental to the principles of Theravada Buddhism that monastics, as alm mendicants, are completely dependant on lay supporters for their material needs. The Buddhist community thereby becomes mutually dependant. The lay community offers material support, whilst the monastic community provides spiritual support in the form of Dhamma talks, meditation guidance, personal counsel and exemplary behaviour. Dhammasara in particular offers a daily Dhamma Reflection or Short Meditation at the time of meal offering. This two-way sharing of merits fosters an ever-deepening sense of community responsibility and compassion.