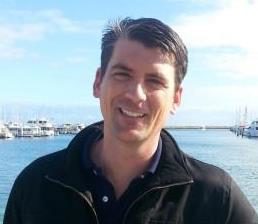 I’m writing to inform you that the Committee has recently voted on investigating the potential of a new members social area at Dhammaloka, already coined by some members as the Buddha Cafe (not an approved name and another suggestion was The Dhamma Lounge).

The aim of this project is to follow the Buddha’s teaching of Kalyana Mitta, by increasing the potential for members and friends to relax in congenial atmosphere outside the Dhamma Hall activities. We also want to help encourage new visitors (and potential Buddhists) at our center to get to know others in a friendly, inviting environment.

A Sub-Committee for this project has been formed which consists of four people, one from each of the major ethnic groups at the Society (with two of them being current committee members). The Sub-Committee is investigating different options as well as costings for this project and already one possibility has been submitted in 3D drawings. The word Cafe gives an indication of the direction we maybe heading for a new social area, however it does not necessarily mean we are aiming for a commercial cafe as there are many different possibilities to be evaluated.

We hope to have some concrete plans within six months or so and I will report back to you on any progress in the meantime but already in the early stages we have received much support by members on this initiative.