BSWA in the State Newspaper – From the President 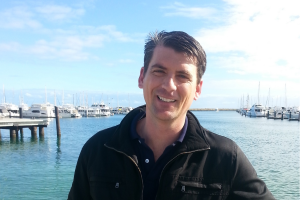 Today the BSWA made it into the West Australian Newspaper in the Letters to the Editor section where I pointed out that they had left Ajahn Brahm out of the ‘100 Most Influential West Australians’ list published 25 June 2016.

The Editor published the letter and a photo of Ajahn Brahm which I believe means he will be rightly recognised for his contribution to the local community and included on the list next year.

See copy of the published letter below and well done to the Editor for publishing it.

I write in response to your article published 25 June 2016, 100 Most Influential West Australians. I note that in the Religion Section Perth’s most recognised leader of the Buddhist Community, Ajahn Brahmavamso ‘Ajahn Brahm’ was not mentioned. I believe that Ajahn Brahm is worthy of mention due to the fact he has featured in numerous article in your newspaper, is a multiple times best-selling author in countries as diverse as Indonesia, Germany and the USA. Added to this his Buddhist talks having had more than 10 Million download worldwide from our website and he is also the Spiritual Director of three Buddhist Societies Australia wide.

As well as being known at State Parliament House and throughout the leadership of all faiths of Australia, Ajahn Brahm receive the life peerage award of “Chao Khun” from the King of Thailand. Finally, Ajahn Brahm was listed in the 2016 Watkins Magazine Annual Survey as the 68th most influential spiritual person in the world.

Please feel free to give the Buddhist Society a call about Ajahn Brahm next year when you run your article again.