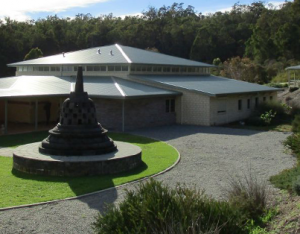 Thanks to all for the interest shown for the Jhana Grove Caretakers role.We are pleased to announce that the committee has selected Scott Ermer and Christina Yew to co-share the Caretaker’s role.

Scotty is a trade qualified and experienced shop-fitter (off-site construction), and most recently a qualified building designer. He also has experience as the manager of a large scale international retreat centre in the Blue Mountains. Scotty has done a few Rains Retreat in Bodhinyana.

Christina is no stranger to the BSWA family. She has been the caretaker in Dhammaloka and has also managed the live streaming for the talks. Christina has also been the Acting Caretaker in Jhana Grove when the previous caretakers were away.

Congratulations to both Scotty and Christina for their successful applications. They will officially start the caretaker roles from 1 Feb 2017.